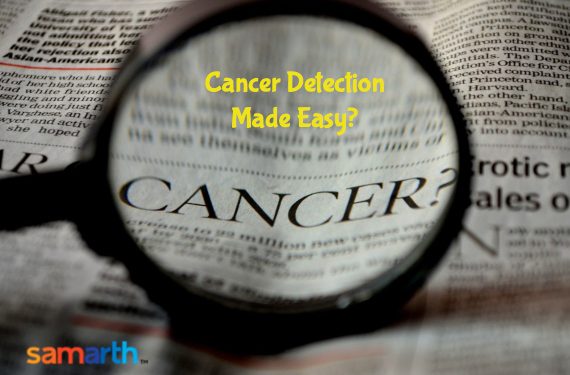 Cancer or the Big C, or the king of maladies is a dreaded disease, not just for the way it takes lives, but also because detection is not easy, treatment is painful and most expensive too. But, despite all measures being taken by the governmental and non-governmental agencies, awareness about this disease is still low. Here is a look at the cancer statistics of India, in order to understand the gravity of the problem.

2.5 million people in India are said to be living with the disease at any point in time. Every 8 minutes, one woman in India dies of cervical cancer, and around 2500 people die of tobacco-related diseases, every single day. 47.2 % of all cancer deaths happen due to the top five cancers, which can actually be cured fully if detected early. For women, these include, breast, cervix and oral, while for men, it includes, oral cavity, lung, and stomach.

Why the issue in detection?

Cancer detection is not easy, and symptoms don’t always show up early. Most people, especially women, ignore the symptoms and wait till it goes overboard to seek medical assistance. What makes it even more painful is that it is a test called biopsy that is often used to confirm the presence of cancer in most parts of the body.

During a biopsy, a needle is inserted into the suspicious body part to pull out a tissue and then examined to confirm cancer. Perhaps, if we could have a simple blood test to determine cancer as in the case of many other diseases, more cancers may be detected early and more lives can be saved.

It appears that soon enough, this may be a possibility. Researchers claim to have developed a blood test called CancerSEEK, which is capable of detecting 8 different types of cancer early. The cancers that can be thus detected are ovarian, liver, stomach, pancreatic, oesophageal, bowel, lung or breast cancer. This test is also called as liquid biopsy and works in a way by detecting proteins and DNA released into the blood by the cancerous cells. Obviously, a liquid biopsy seems to be far less invasive than a normal biopsy. Also, it can be performed just like any other blood test, without waiting for a suspicion of cancer.

Clinical research suggests that the test is reliable and has rarely found to be false positive. However, it could take years together for this test to become available for use.

How does it work?

Cancerous cells release mutated DNA and abnormal proteins into the blood. Since, this DNA and proteins are clearly distinct from that of the normal, healthy cells, it is easy to segregate and identify them. The test is said to be so reliable that it can find even one mutation in 10,000 cells, making it highly effective. The results have been confirmed through tests conducted on 10000 people, wherein, the test apart from detecting cancer, also accurately predicted cancer, in 83% of the cases. This research was published as a part of the study conducted by John Hopkins University, in collaboration with Australian scientists at the Walter and Eliza Hall Institute.

Why is it significant?

CancerSEEK is extremely significant as a screening test for cancer as otherwise, people will end up doing multiple tests and biopsies to arrive at a diagnosis. In this case, a simple blood test, can not only confirm the presence but also suggest the immediate next mode of investigation. Like if a bowel cancer is suggested, then a colonoscopy may be done to reconfirm, etc. This test could, therefore, prove to be a game changer in the fight against cancer by promoting early detection and thus effective treatment.

Currently, the test is being used in large trials in the United States, and hopefully, within a span of three to five years, it could become available for the public in clinics and diagnostic centers to check on cancer possibilities. It is certainly a ray of hope using which many people can emerge triumphant in the fight against this disease.

All You Need To Know About Heatstroke

How A Hobby Can Change Your Life

Prostate Cancer – What You Need To Know

Kidney Stones – What You Need To Know

How A Hobby Can Change Your Life